… shaking it off… and heading out in search of balance…

FARLEY UPDATE! the little dude had his surgery early this afternoon… the doctor called me right after and said he came through with flying colors!! the doctor said he had to remove “a large amount of debris from the spinal canal”… yikes!!

SO given that there was a big football game on last night, i was craving “hot wings” but didn’t want to leave the house, didn’t really want chicken, and wanted to be healthy… so what i really wanted was buffalo wing FLAVOR.

thus, the buffalo un-wing was born!

i grabbed what seemed like it would make a good sauce… 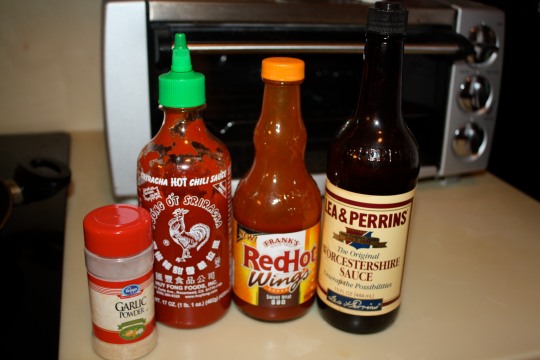 the frank’s could have been the sauce on its own, but i wanted to add the sriracha to make it spicier, the worchesterrrrshiiiirerer to thin it out a little bit, and the garlic, well… b/c everything is better with some garlic.

but really, i think whatever your favorite hot sauce/bbq sauce will do!

i tried to press as much water out of the tofu as possible b/c i wanted a more dry, less squishy consistency, so i put it in paper towel between two plates with a book on top for about 1/2 hour

then sliced it up, laid it in a baking dish, and smothered both sides of it with my sauce…

then we all chillaxed for an hour… the tofu in the fridge, and the rest of us…

(ok this photo is old, but i thought it was appropriate)

then i shoved the tofu in the oven at 400 for 15 minutes, then flipped them (why is tofu so hard for me to flip without destroying it??) and let it go another 15.
the flavor had permeated the tofu really well… but i wanted it to be crispier, so i tossed it in a pan on the stove, letting each side cook for a few minutes.

this was the clincher! the final sizzle in the pan gave the tofu the crispier/caramelized outside i was looking for!

he was just so happyyyyyy 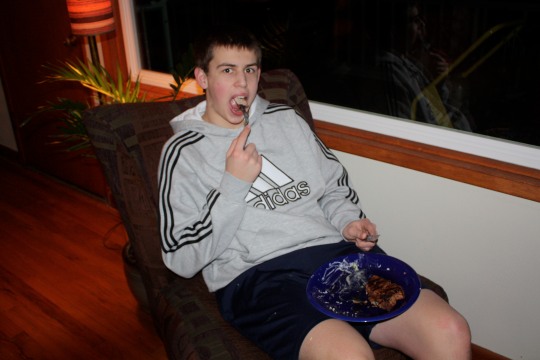 the flavor of the un-wings was really good… just spicy enough to make ya lips burn, and totally satisfied the hot wing craving!

FINALLY… roll on over to one of my most favoritest new friends’ blog, holly, the everythingtarian, and you might could win a blender!!

so does anyone have good tofu tips?? i really like it, and think it can be good a zillion ways, but man oh man i am seriously weak sauce when it comes to handling it!?!!?!?

Error: Twitter did not respond. Please wait a few minutes and refresh this page.