… shaking it off… and heading out in search of balance…

well, i took the plunge!

but i did; however, get on the scale this morning… wrote the number down, subtracted from the goal and was left with a disgustingly large number.
ughhhhhhh… seriously!?!??!
do you ever stop and wonder… how did i get here??

BUT, that being said… i was proud of myself… b/c i marched out of the bathroom and got on with my day!!

then continuing my productive morning, i packed my lunch!! look at me goooo!!

pretty good huh?
right, well, i never ate it… b/c i totally forgot the food cart “big ass sandwiches” (that’s right) was donating 100% of their profits and tips to the relief effort in Haiti today, i, well, i…. they were donating the profits to Haiti!

suffice it to say it was a big.ass.sandwich! i took off half the bread though… that’s gotta count for something, right??

BUT… i’m confident i made up for it when i hit the gym tonight… i was ready to roll, and elipticized my a** off for 25 minutes pretty much as hard as i could go with varying intensity for those 20 minutes, and then i switched it over to the treadmill (ughhhhhh the freaking treadmill) and walked for another 20 minutes, varying from walking fast at a mellow incline and then walking a little slower but at a much steeper incline…

after the gym, i sucked down a LOT of water, stretched, and dove face first into dinner!

anne was super nice and made one of my favs… taco salads! 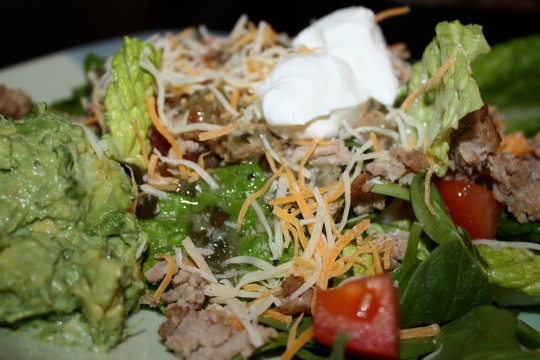 we snagged this salsa at whole foods tonight and it’s definitely a keeper!! 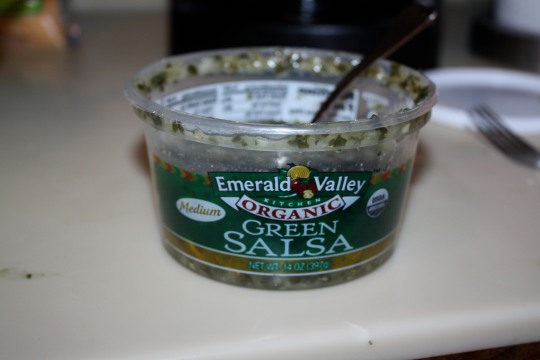 and in case anyone is wondering who makes the best guacamole in the history of the world… the answer is ANNE!

okayyyyy so now it’s thursday morning… for some reason my internet just went completely down last night, right before i posted… what the!?!?!?

but that’s ok b/c it allowed me to wake up STARVING this morning, and inspired to throw down a KATIE inspired banana hammock!!

Error: Twitter did not respond. Please wait a few minutes and refresh this page.